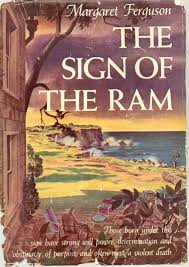 “Aren’t we all rather frightened of Leah? I’m beginning to understand something about Leah that I didn’t before. Naturally she’s a terribly active, strong-willed person, and she’s got nothing to vent her energy on—except us.”

Sherida is apprehensive about working  for the St. Aubyn family, but soon she feels right at home. Her new employer Leah couldn’t be kinder. Leah is an inspiration, confined to a wheelchair after rescuing her stepchildren from drowning. Her husband Mallory and the children worship her in return.

But beneath her smiling surface, Leah is like the wind from the sea—beautiful, savage, and strong. She knows exactly what’s best for her family, and if they happen to disagree, there are ways of making them see reason.

When her now-adult stepchildren, the very ones she crippled herself to save, become involved in romances, Leah feels abandoned. Aided by her youngest stepdaughter, the fanatically devoted Christine, Leah will go to any lengths to break up the two couples. Then Sherida and Mallory strike up a friendship, pushing Leah over the edge. She begins a subtle but brutal siege against her entire family, determined to keep them by her side forever.

So, it turns out this is not really a crime novel. The setting (an old mansion on the cliffs of Cornwall) provides some creepiness, but there is no mystery about what is going on at Bastions House. The only question is how long it will take the various family members to catch on to Leah’s antics. 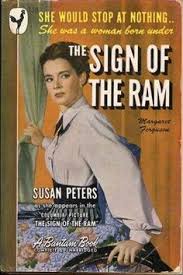 Nonetheless, The Sign of the Ram is a perceptive study of a disturbed personality.  Once a top athlete, Leah trusted that she could always make her body do whatever she wanted. Now that it has let her down so badly, “all the pretty-pretty disguises that popular sentiment wraps around illness were curiously repellent to her.” She refuses the traditional frilly trappings of the monstrous invalid, lamenting, “It doesn’t seem enough for them that my legs are paralyzed. Apparently I’m to be paralyzed all over, including my brain.”

Strangely, Leah does not intend to make others unhappy with her manipulations. At times, she feels sadly exhausted by the effort of keeping them all in line, and even a little shocked by her own success. “Christine was like a harp on which one could play any tune, and sometimes her own fingers ran away with her and she had to twang the strings and hear the melody she had chosen. But she was a little frightened tonight at the theme she had composed and heard re-echo in Christine’s voice.” Leah doesn’t intend to hurt anyone, but if someone must be hurt, she’s determined that it won’t be her.

The Sign of the Ram is also a detailed, and often comedic, novel of manners in pre-World-War-II Britain.

She had been long enough at Bastions to realize that Mrs. Brastock’s familiar, “Well, if you want the absolute truth” was always the herald of some particularly unpleasant comment.

“Well, my dear, if you want the absolute truth,” she would say, and then she would tell you that your new coat and skirt were quite well cut but wasn’t it a mistake for thin people to wear suits that made them look like lampposts; or that she did hope you would make a success of the raffles at the church bazaar, because poor Mrs. Maitland had asked six other people first to take them on and they’d all refused; or that she was surprised your husband played golf so often with that pretty Styles girl, because she was so bad that it must spoil his game, but perhaps he didn’t worry about that.

At the close of the story, the St. Aubyns have found a tentative peace. Yet it’s 1939 and the reader knows the family is about to be plunged into new horrors beyond their imagining. Written at the height of the war, The Sign of the Ram serves as a perverse time capsule of a pre-war way of life that would never entirely return.

Out of print, but with many used copies available. Seriously, I saw three copies of this book turn up my local Half Price Books within the same month.

The Sign of the Ram was filmed in 1948, with Susan Peters starring as Leah. There is a tragic backstory behind this production—Peters was a rising starlet at MGM before being paralyzed in a hunting accident in 1945. She produced The Sign of the Ram in an attempt to revive her acting career. Leah’s matter-of-fact attitude toward her disability must have made an appealing contrast to the other projects that were available to Peters: “Metro-Goldwyn-Mayer kept sending me Pollyanna scripts about crippled girls who were all sweetness and light, which I kept turning down.” Sadly, this was her last film; she died only three years later at the age of 31.

An honest and appreciative review of the movie can be found at the Self-Styled Siren.