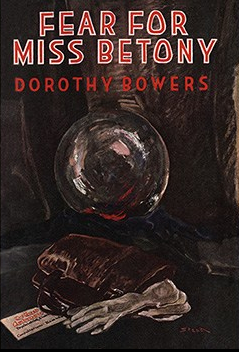 “She supposed spinsters had their uses, but after living in the house with them for three months it was hard to see what these were.”

At the age of sixty-one, Emma Betony has nothing more to look forward to than a room at the home for decayed gentlewomen—if they’re willing to overlook her father having been a greengrocer. So when she receives a job offer from former student Grace Aram, Emma is intrigued.

She soon finds out that Grace expects much more from her old governess than a few French lessons. A poisoner is loose at Makeways School. Grace believes that Emma can solve the crime. Emma herself isn’t so sure, especially after learning about the Great Ambrosio, a fortune-teller who seems to have the whole house under his spell. It doesn’t take a crystal ball to see danger in her future.

Fear for Miss Betony is a pleasure from start to finish, a perceptive and often humorous character study alongside an intricate mystery. Though it takes place at a school, this isn’t really a school story. Makeways School has barely a dozen students, partly due to the poisoning hysteria, but also because of Grace Aram’s spiky personality. Emma is possibly Grace’s only friend, and Grace admits that she wants her there for moral support more than anything else. Emma’s teaching duties are so limited that I’m not sure she ever teaches a single lesson. 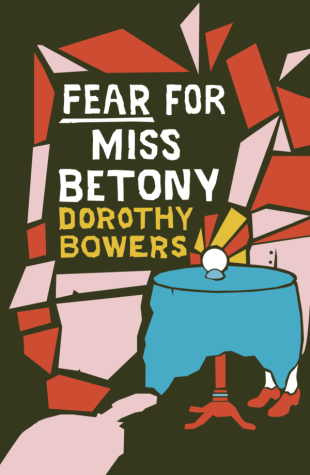 No, the most overbearing influence in the house is actually a ghost left over from its past. The school is located in Martinmas House, a creepy mansion located deep in the Dorset countryside. When taking over the lease of this former nursing home, Grace agreed to keep on a few of the elderly patients who were reluctant to move. The two remaining patients, heart case Miss Wand and the neurotic Miss Thurloe, are now, ironically, Grace’s biggest source of income. As hard as she tries to keep the two halves of Martinmas House separate, they inevitably cross paths, especially when it comes to the Great Ambrosio.

In recent weeks, Miss Thurloe has become convinced she is being poisoned. There’s no question she’s enjoying the drama and, as her nurse points out, it seems impossible that a genuine murderer could have failed so many times. Yet it’s also impossible to deny that traces of arsenic have been found in Miss Thurloe’s food and water bottle. She is genuinely suffering—whether from poison or hysteria is the question. Either way, the school is in an uproar. It’s clear that “Death had brooded too long now over this house, playing with it, feigning action, committing indignities, hinting at frightfulness. It could not go on much longer…”

That reckoning is a long time coming. Like, a really long time. There is always something strange and ominous happening at Martinmas House, but nothing concrete that Emma can really work with. Meanwhile, the reader gets to know the characters and their roles within the insular world of Martinmas House. Minor characters get sharp, detailed backstories, and there are many incidental pleasures like Emma’s anthropologically precise dissection of the various village teashops.

She rejected at once the “Bugle Teahouse”; its brassy invitation in letters a foot high and the nasal blares already proceeding from its open door suggested the kind of fatigue to which she had never been able to succumb gracefully. Hattie’s Hearth conjured up a vision of condescending maidens in linen smocks who made one feel that to ask for a pot of tea and bread and butter was simply not done after all; Ye Nookye Neste displayed some dead wasps rather prominently in the window, while the door of Cluck’s Cafe stuck so hard that there was nothing for it but to try The Teashop, whose arrogantly simple, if confusing, announcement compelled attention…The ground floor was given over to a rather tasteless display of confectionary and handicraft; it was not easy to say where one began and the other ended.

After all this leisure, it’s a shock to have everything suddenly crash to a head in the last few chapters. The sprawling nature of the plot adds to the suspense early on, as it’s hard to imagine what might be  coming next, but a little more conciseness up front might have allowed for a less abrupt ending.

Miss Betony herself is unquestionably the star of the show here. Emma Betony bears some surface similarities to Miss Marple and Patricia Wentworth’s Miss Silver—she is introduced as a relic of the Edwardian era who, because of her age and position, is often ignored by others.

At the age of sixty-one, Emma Betony in a kindly light looked ten years younger. She was tall, and still slim, with a figure the Edwardians, among whom she must be counted, called willowy. It was a good simile, because from the wait up there was always the faint inclination that suggested being driven in an open landau and acknowledging an acquaintance across the road. Only in the absence of the landau it somehow had a deprecatory air. Indeed, everything about Miss Betony, the tired soft skin of the permanently pink-veined cheeks, the mild blue eyes, the timorous smile bestowed too frequently perhaps, proclaimed a gentility so inoffensive as to be uninteresting; for to seem innocuous in old age is to invite disregard.

Her experiences play out very differently from those other characters, however, because most of the story is told from Emma’s point of view. When Grace vaguely suggests that Emma’s investigation will simply be a matter of “the gossipy stuff that starts with Aunt Matty’s canary and comes round to the last curate but one and why he really went away, my dear,” Emma is offended: “Grace thinks I’ve done nothing else for the past twenty years.” She hates being underestimated and, interestingly, she rarely is at Martinmas House, where she is surrounded by other unmarried working women. Only when Emma ventures into the outside world is she coddled or overlooked. Only on those occasions must she, to her own disgust, adopt a fluffy-old-lady persona in order to get what she needs, with the notable exception of Scotland Yard inspector Dan Pardoe, who recognizes her intelligence immediately.

Over the course of the book, Emma is revealed as a true survivor. As a single woman, she has always had to be tougher than she looks in order to earn her own living in a world that doesn’t care about women like her. During her time at Martinmas, she encounters many difficult and even terrifying situations. Emma is sometimes afraid, often out of her depth, and yet she plunges in regardless, because someone has to. Her most hair-raising moments come when Emma and the Great Ambrosio finally meet, and she feels herself “in the presence of something intolerably wicked and obscene”—but is the Great Ambrosio really the one she should be afraid of?

The reader does, in fact, fear for Miss Betony. Sometimes she even fears for herself. Yet Emma pushes ahead regardless, as she always has, even as she realizes that she may be rushing headlong toward her own doom. Fear for Miss Betony is a diabolically clever mystery, but its greatest strength is its immensely appealing protagonist.

The over-riding merit of the book lies not in the plot but in the splendid characterisation of Emma Betony.

The book is literate and cleverly plotted with one of the best uses of misdirection in a detective novel of this era. I wouldn’t call the book “ingenious” (as Tom & Enid Schantz do in their introduction to the Rue Morgue Press paperback reprint) since the device is something Christie herself employed repeatedly in the 1930s. Bowers wrote her book in 1940. Nevertheless Bowers nearly fooled me.

Fear for Miss Betony (also published as Fear and Miss Betony by Rue Morgue) is available in paperback from Moonstone Press.