“Do you believe that there’s a tragedy hanging over your family?”

“Isn’t there one hanging over every family?”

Philo Vance is not a gambler by nature, but he knows when to play a hunch. So when he receives an anonymous letter warning him that something is going to happen to wealthy playboy Lynn Llewellyn at his uncle’s casino that very night, Vance doesn’t hesitate to act. He learns that, when it comes to the Llewellyn family, anonymous letters are just the beginning. The only question is whether Vance can solve an epidemic of poisonings before his own luck runs out.

END_OF_DOCUMENT_TOKEN_TO_BE_REPLACED

That was all. It was enough. In that long room at the top of Police Headquarters, Operative Eighteen, a green eyeshade tilted over his forehead, repeated the same message over and and over and over again. To the commissioner himself, the borough commander, the deputy chief inspector, the precinct, the district attorney’s office, stenographers, fingerprint men, photographers, in a voice as empty as a train announcer’s: “Homicide, Timothy Arden…” The New York police had been presented with another case.

There is nothing surprising about Timothy Arden’s death. After all, he was an elderly man with a bad heart. Still, Inspector Christopher McKee finds it strange that Arden should die just as the New York City police are about to ask him about a $10,000 check, bearing his signature, that was presented by a man who fled the bank the moment he was questioned. Strange that Arden’s children should be in such a hurry to cremate their father. And, strangest of all, why Arden, a nonsmoker, would have four cigarette butts hidden in his bedroom—all different brands. In fact, nothing seems quite right with this household. McKee is starting to think that where there’s smoke, there’s fire.

END_OF_DOCUMENT_TOKEN_TO_BE_REPLACED

“You seem to know everything.”

Miss Withers smiled grimly. “I don’t—but I intend to.”

This journey across the Atlantic was meant to be the start of Rosemary Fraser’s independent life. The nineteen-year-old has grand plans for her trip around the world, but nothing is turning out the way she hoped. On the very first night of the voyage, she meets an attractive man who convinces her to tryst with him in a storage locker, only to be humiliated when a fellow passenger locks them in. Her partner leaves Rosemary to bear the shame alone.

Rosemary has become the laughingstock of the ship. And if her parents find out what happened, all of her dreams are over. So when Rosemary vanishes from the deck one foggy night, the other passengers assume she committed suicide—all except Hildegarde Withers. She suspects there is a killer on board, but will she be able to convince Scotland Yard? END_OF_DOCUMENT_TOKEN_TO_BE_REPLACED 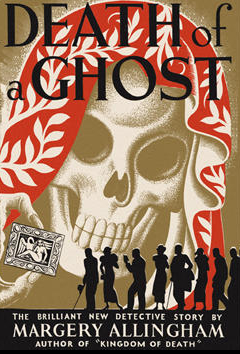 “There are, fortunately, very few people who can say that they have actually attended a murder. The assassination of another by any person of reasonable caution must, in a civilized world, tend to be a private affair.”

After his death, the great painter John Lafcadio left behind a messy personal life and twelve unseen paintings. Each year, one of these works is unveiled in his old studio to cement his posthumous reputation.

This year, however, the mood is far from festive. His granddaughter Linda’s fiancé, Thomas Dacre, has just returned from Italy with a wife. Lafcadio’s widow Belle must deal with the squabbles of her husband’s former models and hangers-on. Sensing that a volatile situation is developing, she turns to her friend Albert Campion, who must scour London’s art world for a connoisseur of murder. END_OF_DOCUMENT_TOKEN_TO_BE_REPLACED 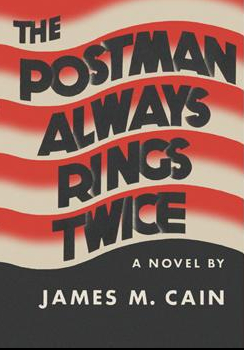 Frank Chambers has always been a drifter. He’s never found anything worth staying in one place for, until the day he stumbles into a roadside diner and sees Cora Papadakis working the grill. Though their chemistry is undeniable, so is her husband, Nick. There seems to be one easy way to solve their problem, but for Frank and Cora, murder is just the beginning. END_OF_DOCUMENT_TOKEN_TO_BE_REPLACED

“Nothing like a little shooting to blow away the cobwebs.”

Johnnie Brandon has a lot to celebrate on his twenty-first birthday. Even though he is the youngest son, an obscure law has made Johnnie heir to what remains of the family estate. Now that he has attained his majority, he can begin carrying out grand plans for the inheritance, guided by his tutor Thomas Laxford.

His older brother, Jim, is determined not to let that happen. He doesn’t trust Laxford, who has inserted himself so neatly into Johnnie’s life. Before Jim has a chance to talk his brother out of his plan, however, the weekend’s shooting party goes terribly wrong. Sir Clinton Driffield has a cunning killer in his sights, but, as any hunter knows, it’s one thing to spot your quarry, and quite another to bring it in. END_OF_DOCUMENT_TOKEN_TO_BE_REPLACED 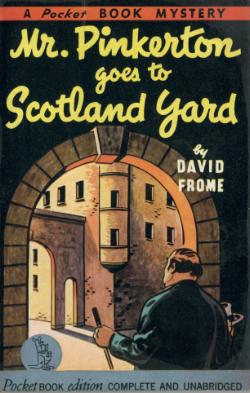 “Guilty knowledge is something that human beings cannot successfully cope with, and the more intelligent they are, the more it betrays them.”

The sun is shining on this August bank holiday. Mr. Pinkerton is surrounded by happy crowds. He should be happy himself, but he can’t help worrying about a foolish wager he made with his friend Inspector Bull. The Inspector is certain Scotland Yard could never mistake a murder for natural death. Mr. Pinkerton suspects otherwise. Now he is near the end of the betting period, however, without a single case of murder to show for himself.

The last thing Mr. Pinkerton expects is for a murder case to sit down right beside him on a park bench, but that is just what happens. Old Mrs. Ripley is dying. Local gossips suspect poison. Mr. Pinkerton isn’t sure what to think, but he knows one thing for sure: unless he discovers the truth, innocent lives will be destroyed. END_OF_DOCUMENT_TOKEN_TO_BE_REPLACED 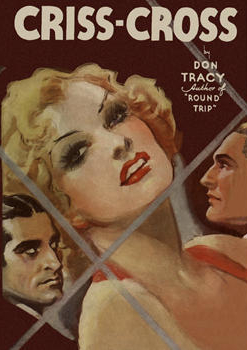 It’s been said that there are only three motives for murder: love, money, or revenge. Some crimes are caused by all three. Johnny Thompson is a down-on-his-luck former boxer, trying to support his mother and brother by working as an armored car driver. Since they were kids, Johnny has loved Anna. Anna likes Johnny, but what she really loves is money. So she marries Slim, who always has plenty of dough and isn’t too particular about where he gets it.

Then Johnny sees a chance of getting everything he’s ever dreamed of. It’s not moral, and it’s not legal, but a smart guy like him could get away with it. Johnny thinks he knows all the angles. By the time he realizes what kind of game he’s really playing, he’s already in way over his head. END_OF_DOCUMENT_TOKEN_TO_BE_REPLACED

“So this was murder. This was murder, and it happened to people one knew, and it did indescribable and horrible things to them. Frightened them first, perhaps. Fear of murder itself came first—simple, primitive fear of the unleashing of the beast. And then on its heels came more civilized fear, and that was fear of the law, and a scramble for safety.”

The Cases of Susan Dare collects the adventures of a young author who writes “murders…lovely, grisly ones with sensible solutions,” but doesn’t see why her fictional sleuths should have all the fun. Aside from her series detective, Nurse Sarah Keate, Mignon G. Eberhart’s work usually focuses more on romantic suspense than crime-solving, so it’s a nice change of pace to see both elements combined in these stories. END_OF_DOCUMENT_TOKEN_TO_BE_REPLACED

“I mean to say, bygones are bygones and all that and one hates digging anything up, what? But when it comes to dead bodies in other people’s graves and so on, well, sometimes one gets wondering about them and all that sort of thing, don’t you know.”

Old ways still endure in the village of Fenchurch St. Paul. Sir Henry Thorpe presides over his estate, the harvest festival is always observed, and the church bells—the nine tailors—are rung to announce a death in the community. Between New Year’s Eve and Easter, the nine tailors will ring out three times as fresh graves reveal old sins. In order to stop the deaths, Lord Peter Wimsey must discover what long-ago secret is hidden within the peals of the bells. END_OF_DOCUMENT_TOKEN_TO_BE_REPLACED