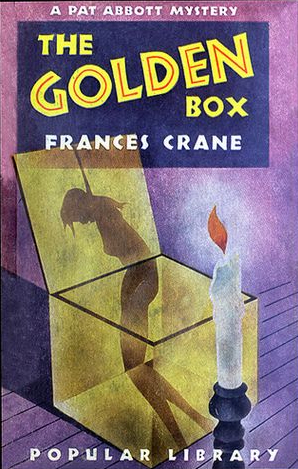 “What can we do? All we’ve got is the knowledge in our minds and hearts that it was murder. But what else? There isn’t anything. It’s one of those perfect crimes.”

After a close brush with love and murder, Jean Holly is eager to retreat to a simpler life back in her hometown. What she finds is a community on the brink of war. It is November of 1941, and tiny Elm Hill, Illinois, is bracing itself for the country’s possible entry into World War II. Meanwhile, wealthy matriarch Claribel Fabian Lake is determined to seize control once and for all—not only of Elm Hill, but also of her three daughters.

Mrs. Lake’s sudden death is ascribed to natural causes. But Jean isn’t so sure, especially when rumors circulate that the dead woman was found clutching a golden box, a box which has now vanished. Even more disconcerting, her old flame, private investigator Pat Abbott, is in town. It’s hard to know what has Jean more flustered: the murder next door, or the handsome detective investigating it. END_OF_DOCUMENT_TOKEN_TO_BE_REPLACED 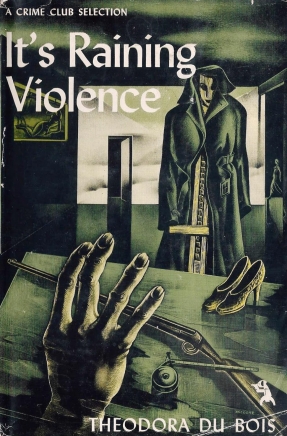 “Much as one loves one’s neighbor it is undeniably more pleasant to have him arrested for murder than to be so arrested one’s self.”

Lane Herbert has made the most hideous mistake. Acting on what she thought were instructions from her father, she has handed over $50,000 in securities to a man impersonating a stockbroker. Now the family is ruined, and it’s all her fault.

The college student sees only one way out of her dilemma. Dr. Jeffrey McNeill and his wife Anne are famous on campus for their crime-solving. Maybe they can get the stolen goods back discreetly. As the McNeills probe the case, however, they learn that the eccentric Herbert family has very good reasons for not wanting the police involved. But when a bullet-riddled corpse lands in their backyard, they no longer have a choice in the matter. END_OF_DOCUMENT_TOKEN_TO_BE_REPLACED 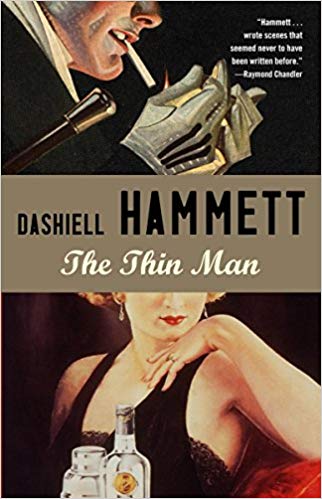 “Murder doesn’t round out anybody’s life except the murdered’s and sometimes the murderer’s.”

“That may be,” Nora said, “but it’s all pretty unsatisfactory.”

Former gumshoe Nick Charles and wife Nora have planned a decadent Christmas holiday in New York. Instead, the disappearance of a former client leads them into mayhem. The wisecracks fly as fast as the bullets as the irrepressible Nick and Nora romp from the Ritz bar to the sleaziest speakeasies in search of a killer, without ever missing cocktail hour. END_OF_DOCUMENT_TOKEN_TO_BE_REPLACED 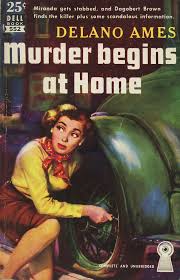 “But everybody adored Miranda.” I repeated mechanically an article of faith I was beginning to question.

“Everybody admired her,” he corrected me. “Miranda was the woman on the pedestal. The trouble with pedestals is you’ve got to stay there. You can’t relax.”

Jane and Dagobert Brown are enjoying their American road trip, until Dagobert suggests looking up his old flame Miranda Ross, as they just happen to be in New Mexico. Jane is less than enthused. At first it appears that Miranda doesn’t want to see them, either, until she unexpectedly changes her mind and invites them to visit her ranch.

It quickly becomes obvious that relations are strained at the Palo Alto Ranch. And why is it taking so long for their hostess to appear? “She said you’d be interested in Palo Alto because—well, because she says there’s going to be a murder.” Miranda’s prediction comes true, in ways no one could have expected. END_OF_DOCUMENT_TOKEN_TO_BE_REPLACED 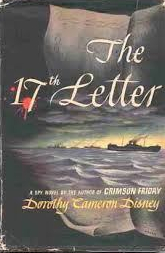 When the plane from Reykjavik lands, however, Max is not aboard. Then Mary and Paul receive their seventeenth, and final, letter from their friend. Instead of a letter, the envelope marked “17” contains only blank pages and an old theater program. Mary and Paul are convinced that Max has sent them the clue to a serious crime. To prove it, they must navigate wartime secrecy and travel restrictions to plunge straight into a nest of saboteurs. With both Mounties and German spies on their trail, the Strongs are in for the adventure of their lives. END_OF_DOCUMENT_TOKEN_TO_BE_REPLACED 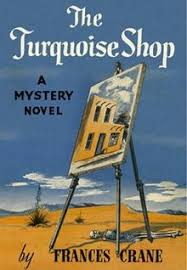 “We think we live in a free country. But nobody in Santa Maria dares lift a finger unless she says yes. I’ve often wondered why she wanted to stay here after Brandon left her. I think it’s because she’s dictatorial by nature and doesn’t care to live where anyone else might be considered as important as herself.”

Until a few years ago, Santa Maria, New Mexico, was a sleepy artist’s colony. Then Mona Brandon swept into town with her millions and began making changes. Some residents love her, others hate her, but ignoring her is impossible.

Jean Holly has watched the whole saga unfold from the vantage point of her little jewelry shop. She manages to keep from getting involved, until one day a dead body is found in the desert. Some speculate that it’s Mona’s husband Tom, who disappeared three years ago. Though Jean isn’t interested in murder, she’s quite interested in Patrick Abbott, the out-of-town detective who gets drawn into the case. This quiet little village is about to get very lively, and Jean has a front-row seat. END_OF_DOCUMENT_TOKEN_TO_BE_REPLACED