“I regard this house as a nightmare, no more, no less. It belongs to a past period, and no family is ever likely to live here again. If Anne had any sense, she’d sell it and go and live in the Mediterranean; but she prefers this house and arthritis with it, and it’s her funeral, isn’t it?”

As Inspector Julian Rivers acknowledges, “Some houses are a problem.” In the case of Dene House, that’s an understatement. Massive and ugly, it molders away in the Devonshire countryside. It’s the only place elderly invalid Anne Tempest is willing to live, to the annoyance of her niece Isobelle, who is dying to get back to London. Then Isobelle has a brainstorm. Her young niece and nephew, Jane and Roland Tempest, have been at loose ends since the end of the war. With the housing shortage, they might be willing to move into the servants’ cottage and help with Anne’s care.

Isobelle’s plan works a little too well. Anne’s fondness for the young people makes her maid jealous and her other relations nervous for their inheritances. It will be Anne Tempest’s funeral, all right, and that funeral is coming sooner than she thinks. END_OF_DOCUMENT_TOKEN_TO_BE_REPLACED 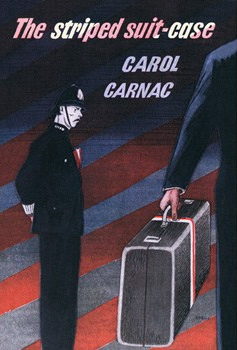 “I know how careful the hunted have to be, and how cunning.”

A Jewish refugee in London is robbed of the pearls that represent her only savings. A dead woman bobs up in the Thames. And Elsaby Thorn barely catches the train to Penzance, thanks to handsome stranger Guy Lynton, who carries her striped suitcase for her. It’s only when they’re pulled off the train by Scotland Yard that Elsaby learns it isn’t her suitcase at all—someone at the station switched cases, walking off with her boss’s latest scientific discovery.

Chief Inspector Julian Rivers is convinced these three events are connected, he just isn’t sure how. Was the theft of the suitcase intentional espionage, an attempt by the thief to ditch his own incriminating luggage, or simply a mixup? Whatever the reason, Elsaby is in it up to her neck, and Guy Lynton may be the last person she should trust. END_OF_DOCUMENT_TOKEN_TO_BE_REPLACED 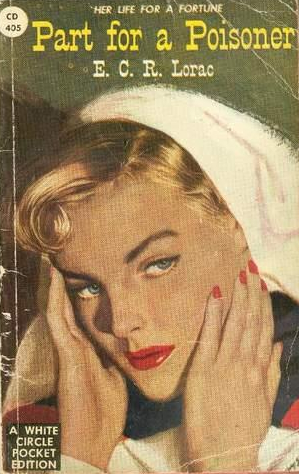 “The woman accused us all,” he said to himself. “And one of the reasons which made her do it was fear. She’s frightened herself…My God! I hope we never see her again.”

Old James Marchment is just asking to be murdered. Years ago, James cheated his brothers out of their shares of the family business. Now, he refuses to help his needy relatives—after all, they’re amply provided for in his will. A bout of pneumonia seems to bring that inheritance within their grasp.

Far from dying, however, James finds a new lease on life. His heirs are horrified to learn that he’s become engaged to his nurse, and his new fiancée  Jean Dellaton makes it clear that things will be very different once she’s mistress of the house. When James suddenly dies before the wedding, there’s more than enough suspicion to go around. END_OF_DOCUMENT_TOKEN_TO_BE_REPLACED